In 2013 – 2014 the pupils of Kirkmichael Primary School researched the lives of 2 young men from Mount Blair area who died in the first world war. In 2015 Community Memory Map was drawn by taking it to various archive drop ins, and to both the Strathardle Gathering and the Community Council drop-in day. A time line was also drawn using local knowledge.

These are photographs, sketches, posters, and letters created or used for the purposes of the Royal British Legion Scotland’s competition for primary schools. The competition involved researching the local war memorial and the stories of the men who appear on it. The Kirkmichael entry was a video called ‘Peter and Harry’ and it told the story of two men from Strathardle who fought and died in World War One – Peter Mitchell and Harry Morrison. YOu can find a PDF document at the bottom the page which tells their story.

Transcription of ‘In Loving Remembrance’ postcard:

I have been a long time in writing but I have at last found time. We are getting very bad weather here just now but I see it is the same all over. I had a letter from mother and she saw where there was a man saved off the Defence and is a prisoner in Germany so there might be a chance yet. We will not give up hope although there isn’t much to cling to.

Hoping this finds you in the best of health as it leaves me at present,

Transcription of Peter Mitchell’s letter to his mother from HMS Defence:

Just a few lines to let you know that I am in the best of health and enjoying life. We are getting very dirty weather at present, raining all the time. I had a long letter from Jemi [Jemima, his sister] yesterday saying she had got her broach alright. I also sent one to Miss Ross but I have had no word from her yet. Jemi was saying they were getting pretty rough about Dundee, plenty of ice and snow. We did not get any of that. I have not managed to get anything to send but I expect to be going ashore soon and will get them if any blue serge [?] or flannel would be any use to you I can send it. We are allowed to send the cloth as long as it is not made up. Lots of the chaps send it away to be made into costumes it is fine warm stuff. I have just received your letter about an hour ago and also May’s one. She was telling me about the sale you are to have at Christmas. Willie Grant of the Boreland [Farm] is to do very well if he gives them all the stuff she was telling me. This is all I have time to write at present please let me know if you want any of the two things. Hoping you are all well. 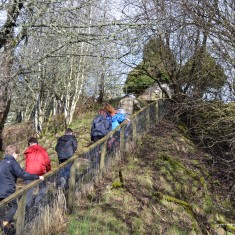 Climbing the steps to the memorial, located on a hill two-minutes' walk from Kirkmichael 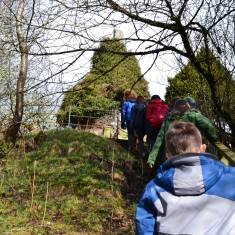 The memorial can be seen in the centre of the image. It was presumably placed on top of the hill so it could be seen for miles around. Unfortunately, trees now obscure it.

The children at the memorial, which is now overgrown with ivy (compare with black & white photo of memorial from c. 1920). There is also not much room for parties to pay their respects. 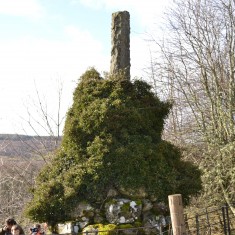 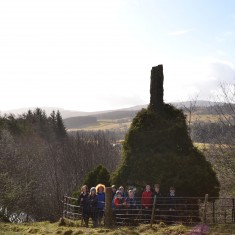 There are still spectacular views from the memorial. 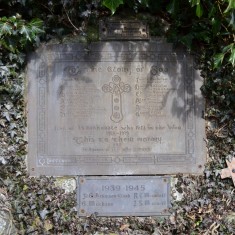 The plaque on the memorial. It also commemorates tow soldiers from WW2. 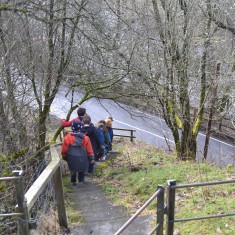 The steps are steep to and from the memorial. 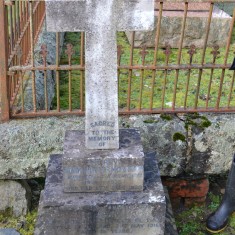 The grave of Harry Morrison and his father in Kirkmichael Church cemetery. 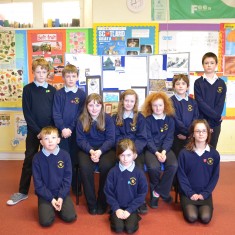 The pupils who took part, in front of the display they created. 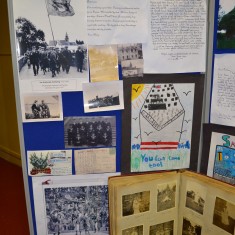 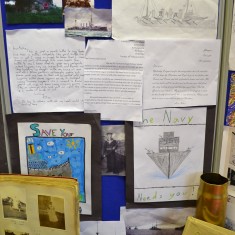 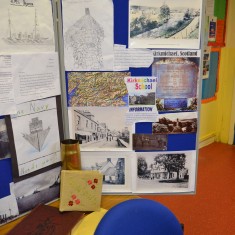 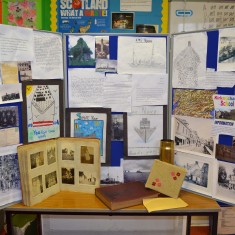 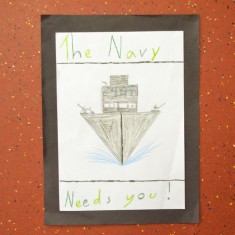 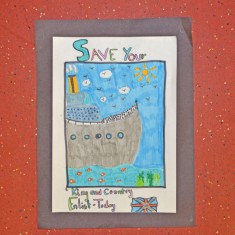 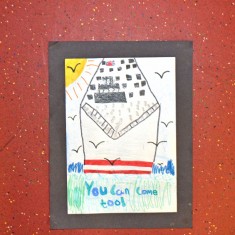 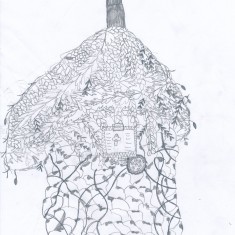 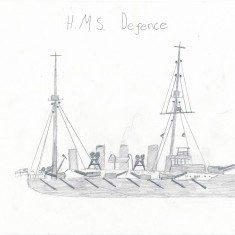 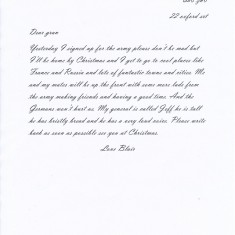 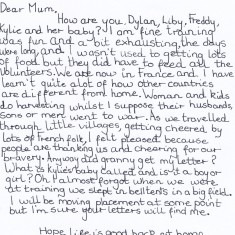 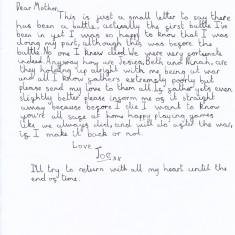 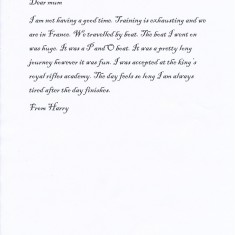 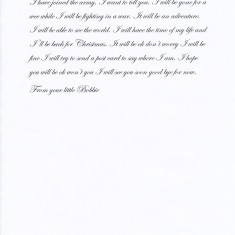 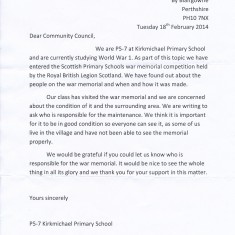 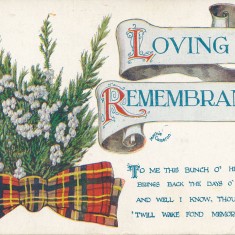 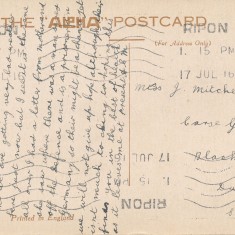 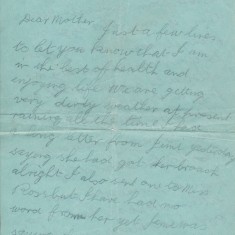 Letter from Peter Mitchell to his mother, sent from the HMS Defence (1/3) 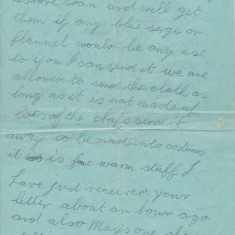 Letter from Peter Mitchell to his mother, sent from the HMS Defence (2/3) 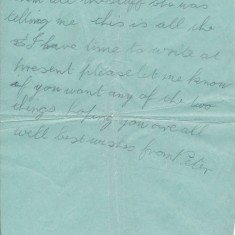 Letter from Peter Mitchell to his mother, sent from the HMS Defence (3/3) 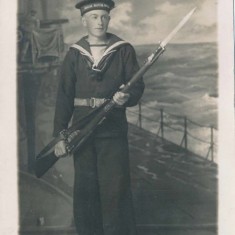 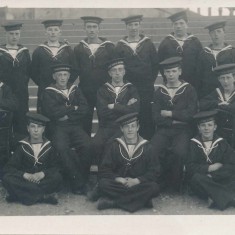 Peter Mitchell (2nd row, 2nd from left). Peter and Harry were both stationed on the same ship and were in the same battalion. Harry may be in this photo, but we can't be sure.
Tags
kirkmichael (38)
school (16)
WW1 (2)
Downloads

Comments about this page