The Farquharsons of Moulin, Straloch, and Kirkmichael 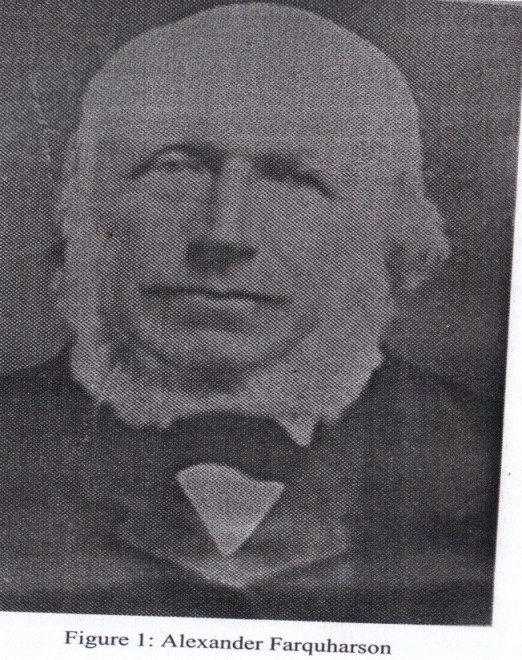 Alexander left school to work on his father’s farm and later joined the Perthshire Infantry reaching the rank of Lieutenant before, aged 28, enrolling at Perth College and after attending classes at St Andrews University; he became a Presbyterian Minister who immigrated to Middle River, Cape Breton, Canada in 1833 where he served the Middle River congregation for 24 years.  During this time his recommendation that the establishment of the Scottish parochial system be reproduced in Cape Breton was accepted. He is buried in Middle River Cemetery alongside his wife Ann McKenzie and 2 of their children who died young. “The Farquharson Memorial Church” is a church named after him which stands opposite the cemetery in Middle River. A synopsis of his ministerial life is recorded in the book “The Well Watered Garden” (Author- Laurie Stanley). His eldest son Rev Alexander Farquharson Jnr (1838-1892) followed his father into the ministry and served the Parish of Sydney, Nova Scotia until his death. 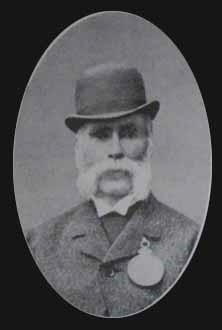 One of his sons, John (pictured left), achieved fame as a gamekeeper, poacher, sharpshooter and inventor of the patented ‘Farquharson Falling Block Rifle’ He was gamekeeper to Lord Abercromby for 3 years and then served for 9 years to Lord Roseberry. After this he turned to poaching where he truly personified the gamekeeper turned poacher He was a champion shot and won in excess of 30 national competitions.  When he won the King of Belgians Cup in Belgium, this was the equivalent of the World Championship for marksmen. In the period up to 1872 the main aim of gunsmiths was to make a breech action that would extract the empty cartridge and re-cock the rifle by one and the same movement. Some ideas of the difficulties he faced may be faced by the fact that his invention patented in 1872 was perfected not in a well-finished gun shop but in a small cottage on Dunay, Blacklunans in the Blackwater district. So hampered was he by the lack of proper tools and materials that he carved his prototype breech mechanism from a turnip. On the 25th of May that year he petitioned for the Great Seal to Letters Patent for “Improvements on Breech Loading Firearms” He is also credited with adopting a shooting position, (lying on his back and shooting over his right shoulder) which was copied extensively by others.

A book “The Romance of Poaching in the Highlands of Scotland” records his exploits. 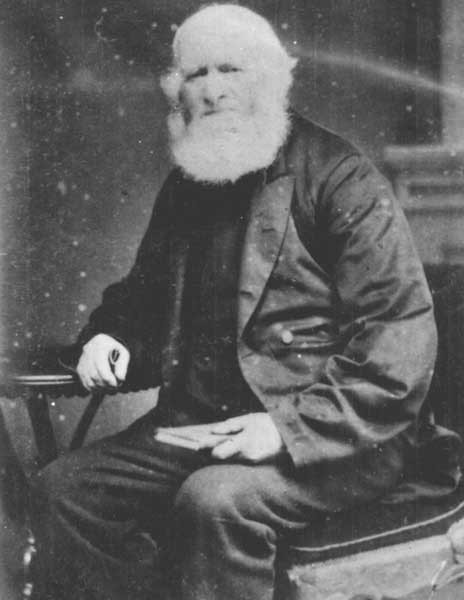 Archibald Farquharson was born in 1800 at Moulin in Perthshire. He underwent a religious conversion in 1818, influenced by his older brother Alexander. After working some years as a gamekeeper for James Douglas of Cavers, he left for Glasgow to study at the University and Theological College. He began his ministry in Greenock and Paisley.

In 1825 he married Mary McDonald in Logierait and in 1831 he was sent to Tiree as an Independent missionary and the following year moved there with his wife and their two young daughters, Elizabeth and Isabella. Seven weeks after his arrival, his wife died. Despite this, he determined to stay in Tiree for the rest of his life. The Independent Church in Tiree was established in 1832 and over the next three years chapels were erected at Cornaig and Ruaig. He wrote 3 books (2 of Gaelic poems and songs and one on the need for the promulgation of the Gaelic Language).These books can be accessed at The National Library of Scotland. He has been described as one of the greatest composers of Gaelic Hymns and poetry.

There is a WW1 memorial in Kirkmichael Church to a John Farquharson of Straloch. Private 1st Royal Scots

The memorial refers to John Farquharson (Private/Guardsman No. 11804 in the Royal Scots Dragoon Guards) who died of wounds in France on 9.4.16. John was the son of Alexander Farquharson and Jane Menzies. In the 1911 census John and his father were Gamekeepers at Straloch.

Comments about this page